A collection of recipes for 1L batches of great cocktails, nitro coffee, kombucha, seltzers, sodas and other great tasting beverages you can create in bulk and serve on tap!

Subscribe to the RSS feed for this blog by copying this url into your reader https://www.ikegger.com/blogs/cocktails-on-tap-recipes-for-batch-cocktails-coffees-etc.atom 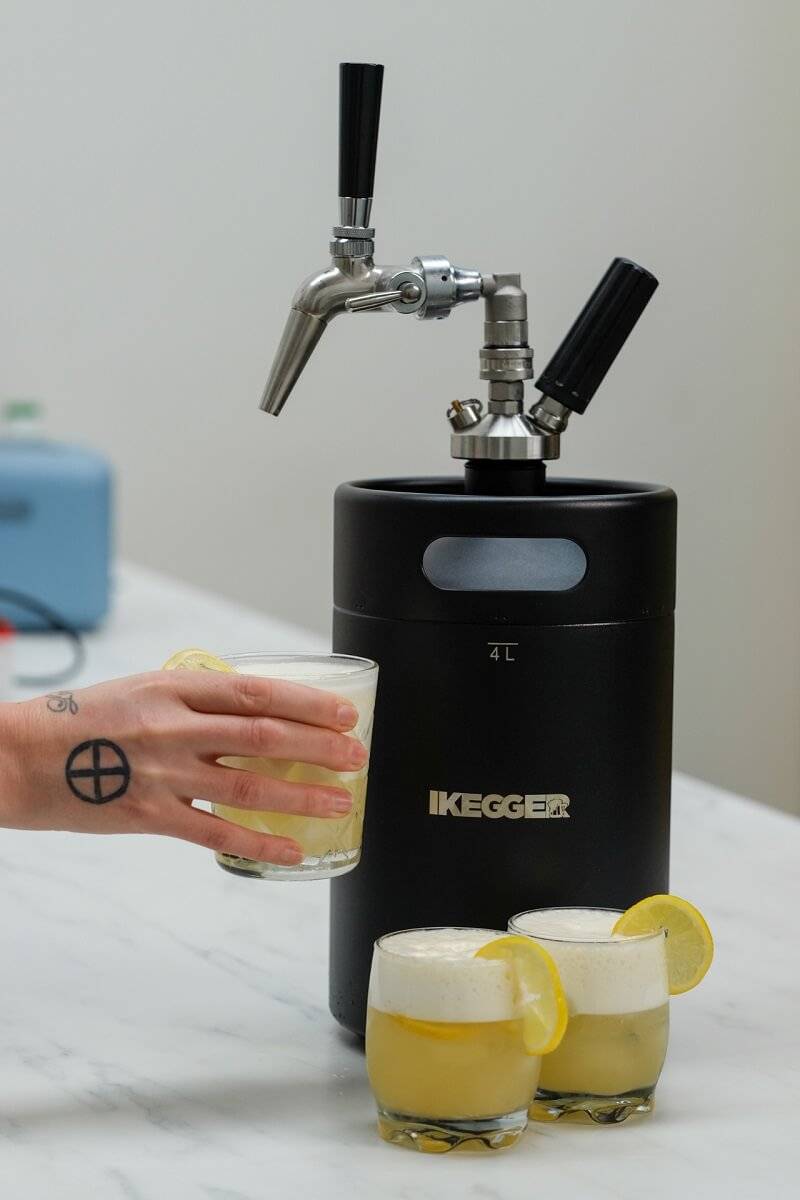 Perfect to serve using our 2L mini keg with nitrogen for a frothy finish!

Whiskey sour is credited as first being drunk on Naval ships in the 1700s before refrigeration as a way to consume citrus to prevent scurvy combined with the rum or whiskey ration. It's first mention in a cocktail manual is in 1862 when it appeared in Jerry Thomas’ The Bartender’s Guide. In this recipe egg whites were added and shaken to create the dense white foam on top. We use chickpea water (aquafaba is the water from canned chickpeas, it behaves like egg whites in many recipes) in a batch as it lasts longer than egg in case you don't want to drink it all in a day.

You’ll need (find batch amounts in table below):
• 4 parts whiskey
• 3 parts lemon juice
• 2 parts chickpea water (egg whites for traditional style)
• 2 parts water
• 1 part sugar syrup
Method:
Combine all ingredients making sure they are well chilled beforehand. You can either store the batch in a bottle like this and shake as needed in a cocktail shaker with ice or for the easiest method pour the batch into an iKegger Black Edition mini keg with the included nitro setup. Inject one cream charger (N2O) and shake to combine. You can now pour a drink onto ice whenever you like. Garnish with a lemon twist.