Do You Know What These 3 Arrows Symbolise? 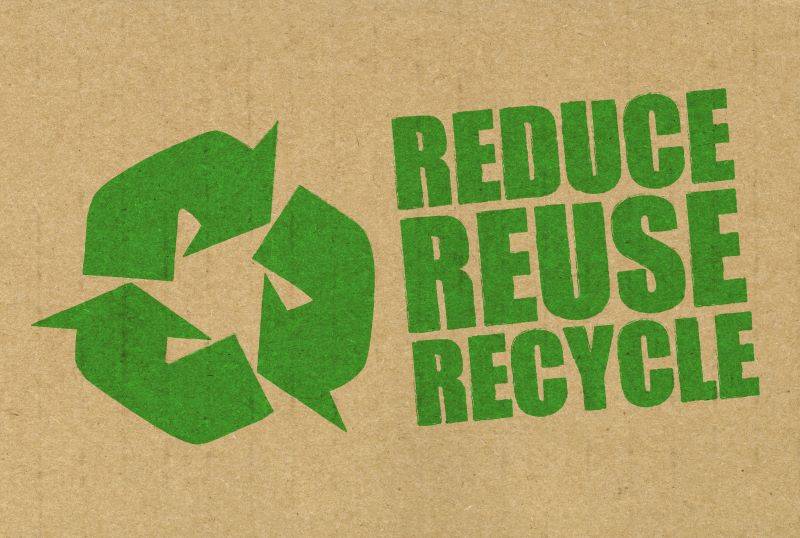 Most people, once they hear the words, know that the 3 arrows represent the words Reduce, Reuse and Recycle.

These are the 3 things that individual people can do to reduce their impact on the environment as much as possible.

However, what many people don't think about is that they are arranged in order from most to least effective in terms of how much pollution they prevent.

Especially common is using Reuse and Recycle interchangeably when actually they are very different things!

So... What Do They Really Mean?

Reduce - This really just applies to everything. Modern people consume so many resources unneccessarily for convienience or simply because they don't realise the damage their actions have. Using less products of any sort means less production / manufacturing pollution, less transport emissions, less packaging rubbish. It doesn't matter if the product is a plastic bag while shopping or an apple that just gets thrown in the bin rather than eaten. Reducing is by far the best thing we can do for the environment.

Most people think of plastics when they hear the word REDUCE and plastics are where we can really do better. Australia is the second highest producer of waste per capita in the world (after the USA) producing on average 690kg of landfill per person, per year. That's enough to cover Victoria, every year.

Those 3 facts together leave us with the figure that, with the recycled bags removed, 1,188 plastic bags per second are going into landfill or the ocean in Australia, all day, everyday.

In non-renewable fossil fuel usage that is the equivalent of one car driving 136km per second around australia constantly. That sounds fast but it's just one car I hear you say...

If we convert that one car going super fast into cars going a steady 50km/hr we get 10,000.

That means we throw plastic bags into landfill or the ocean with the same amount of fossil fuel locked into their production as 10,000 cars driving at 50km/hr. Every second of every day.

Reuse - Of those things we can't reduce in our lives (no one is saying you shouldn't buy food or clothes or luxuries when you feel you need to!) the second best thing we can do is reuse them. Whether that is reusing shopping bags, shipping pallets, clothes or anything else. Reusing means taking a product that has all those production, shipping and packaging pollutions attached to it's existence and instead of simply disposing of it finding a way to continue it's lifecycle. Reusing a plastic bag is a no brainer, selling old clothes or donating them instead of throwing them out is reusing. Turning an old shipping pallet into a coffee table takes more work but it is what all the cool kids are doing. By reusing an item rather than disposing of it you are preventing landfill, wastage and production pollution of the replacement product that would be purchased/used instead.

This is where iKegger comes in, we make our mini kegs to last a lifetime, literally. They are stainless steel and will be here long after you and I have departed (but can be 100% recycled into something else at any point). It's not the best business model out there but one stainless steel mini keg replaces up to 30 cans or botttles, their packaging, shipping emissions etc per refill, forever.

We think that's a better idea than selling something that's designed to break 2 weeks after the 1 year warranty runs out, although our bank manager might not agree.

Recycle - Recycling is when items are broken back down to their components and remade into something else. Aluminium is a great example of this, it uses 95% less resources to recycle an aluminium can back into a new can than it does to create one from scratch! Which sounds great until you realise that 10% of all the electricity generated in Australia is used to produce aluminium. It is a hugely energy hungry process so 5% of it is still a huge amount.

Even worse is when we look at how a can is produced or recycled.

The first time a can is made it goes something like this:

As you can see, while recycling is hugely beneficial to the environement (even with all those steps above don't forget that 95% less electricity, water and fossil fuels are used to recycle a can than to produce a new one!) reusing a single vessel over and over again without any further environmental impact is FAR better for the world.