Click above to browse through all the products in our store.

iKegger is a group of mates who are passionate about booze, coffee and saving the world.

What Is A Beer Growler?

Something that has exploded in popularity across the world lately is the beer  growler, traditionally this was any container that you could fill from the local pub / bar so you could take beer with you. A "growler runner" was a boy who would fill a bunch of metal bucket with beer from the pub and bring them to work sites for labourers to drink with lunch (those were the good ol' days!).

The beer growler is supposedly named after the sounds of the beer carbonation rattling the lids of the buckets as the runner carried them (although in this image the buckets have no lids) but may have also been the sound of the workers grumbling bellies as they waited for their beery lunch! 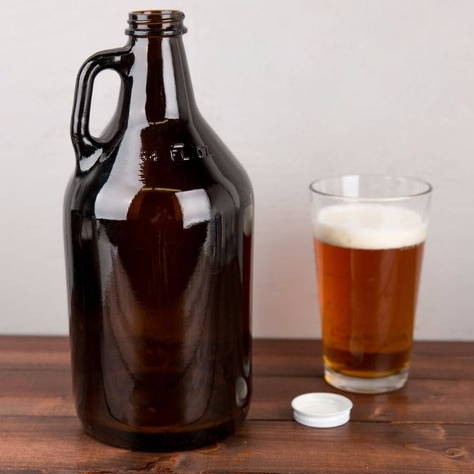 The growler evolved from there into a 64oz (1.89L) brown glass bottle with a handle that is used to take home your favourite beer from your local brewpub or brewery. The 64oz measurement is due to it being widely used in the USA with their odd units of measurement.

Rather than buying a 6 pack of pre-packaged beer you either purchase a filled beer growler or bring back your empty one and get it refilled.

Their usage is now booming in Australia with literallyhundreds of venues you can buy or get a growler refilled at (this link is just a small sample of them, more open every day!)

On the plus side you are getting beer the way it was designed to be served, freshly poured straight from the tap.

You are also saving a whole lot of packaging that will more than likely end up in landfill or the ocean (when you think that it replaces 6 disposable bottles, single use bottle caps, a plastic or cardboard inner and a cardboard carton that holds 4 x 6 packs). All that packaging is extra weight, space and fuel use when being shipped around too! See here for impact of refilling beer growler vs recycling cans

What Are The Problems With Glass Beer Growlers?

There are some intrinsic downfalls however with standard glass growlers. Traditionally growlers were filled straight from the tap, a cap twisted on and away you went. The problem here is that you are introducing oxygen into the beer and vessel allowing spoilage bacteria to start multiplying, there is also no added pressure in the headspace (the gap above the liquid inside the bottle) so carbon dioxide can free itself from the beer leaving the it less carbonated than it was when freshly poured.

These same problems are even more pronounced after you open the growler to have your first drink. More gas escapes, more oxygen enters, so you really only have 24 hours from the time of filling (when filled from a tap) to drink it before it is spoiled and flat.

One invention to prevent this is the “counter pressure growler filler” made by companies likePegus. These remove that initial contact with oxygen and loss of pressure by using a machine that flushes all the oxygen out of the growler and then connects it directly to the keg to fill while maintaining the co2 pressure. This results in a beer growler with similar properties to commercially packaged beer, it can sit for a month or more with no degradation of quality. However again there are downsides. Once opened you still only have 24hrs to finish the beer before it becomes flat and spoilt. The machine is also expensive to install and has a limited number of beer lines that can be attached to it, thereby limiting the number of beers that can be filled from it, for example a brewpub that has 20 different tap beers may only have 3 of them connected to the growler filler station.

Of course the other problem is that if you drop a glass growler you not only lose your entire 6 pack of beer you also need to pay for a new growler too. Two other problems with growlers are heat and UV light. Beer bottles have historically been made of dark glass for a reason, UV light damages beer and therefore a bottle that helps prevent it entering was desirable. Unfortunately that same dark glass absorbs heat much more quickly than clear glass, which was ok with ales that are often drank at a warmer temperature than modern lagers are served. Commercial lagers are now usually packaged in clear glass to display their light clear colour and to stop them warming as quickly. The Best Beer Growler in Australia Solves All These Problems

The best beer growlers are made of stainless steel so are virtually unbreakable and also stop all UV light entering.

Another fantastic feature found in some new growlers is double wall steel construction with a vacuum between. As avacuum flask they have tremendous insulating properties, often being able to keep beer icy cold for an entire day in full sunshine without needing ice or an coolbox.

See the video to see a side by side testing of a glass growler vs an insulated steel ones on a 40 degree summers day on the beach.

But the number one feature being added to modern growlers is an integrated beer tap and gassing system. This solves all the problems outlined above with spoilage, carbonation loss, choice of beer and expense of filling machines.

Growlers like the one in the video above can be filled from any keg tap in a bar or brewery meaning you have the choice of any beer you like (you can also fill it from bottled beer, cans or homebrew kegs!). Once filled the regulator injects co2 into the growler and pulling the pressure relief valve vents any oxygen that was trapped in there resulting in a sterile, oxygen free environment. The added pressure also maintains the carbonation of the beer and allows it to be poured the way the brewer always intended..

The keg shaped growler below is our latest addition to the range. It's a sleek black mini keg with double wall insulation so your drinks will stay cold (or hot) all day long without ice. It also has some major recent improvements in the tap system.

Not only can you use it for beer and other carbonated drinks but it also comes with a system for using nitrogen gas which makes it perfect for nitro cold brew coffee, espresso martinis and other shaken cocktails like whiskey sours!

2 bulbs of each gas (CO2, Nitrogen and Nitrous Oxide) come with the system so you can experiment with them all as soon as you open the package.

The All In One Black Edition Growler

Sold out
See More Information About This Package Here 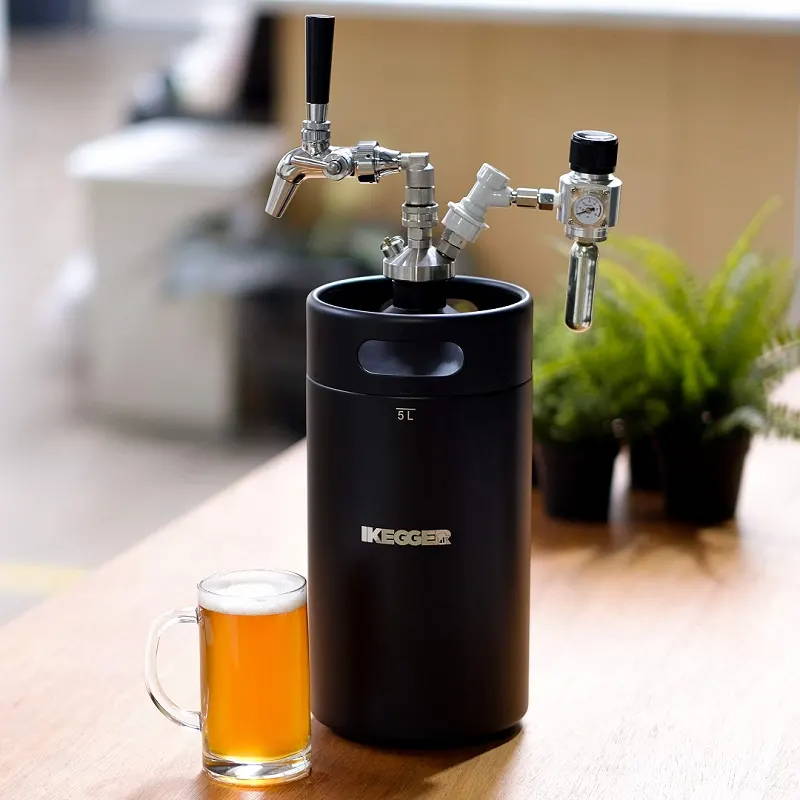 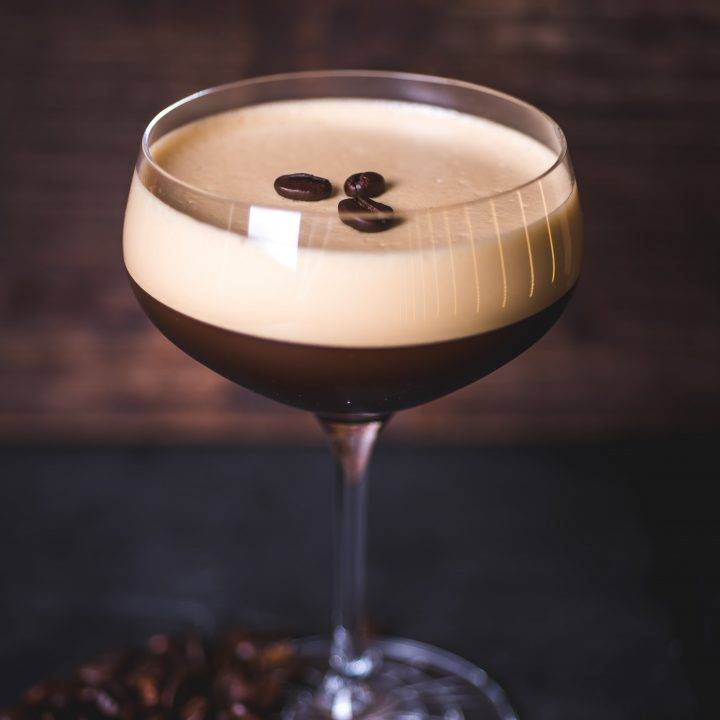 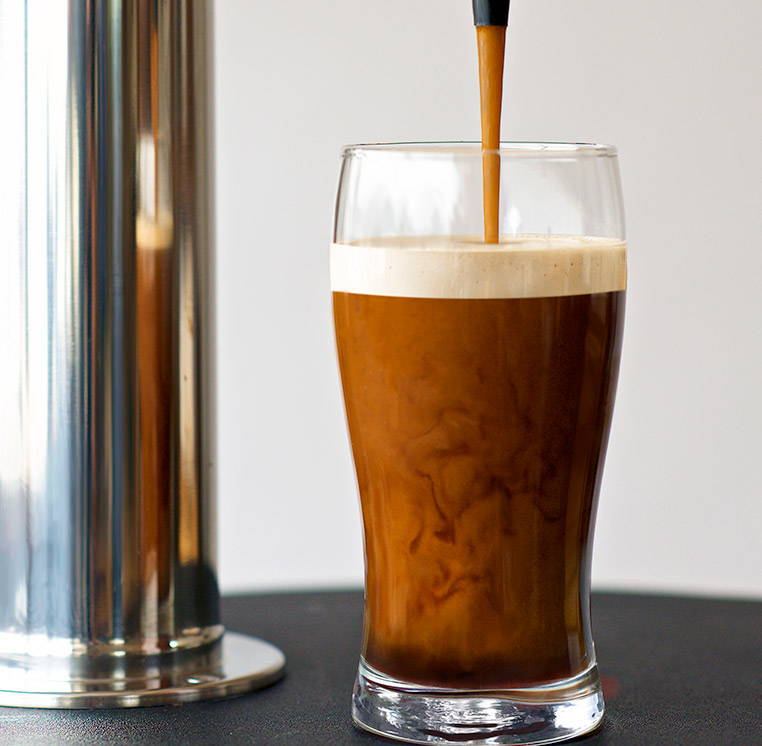 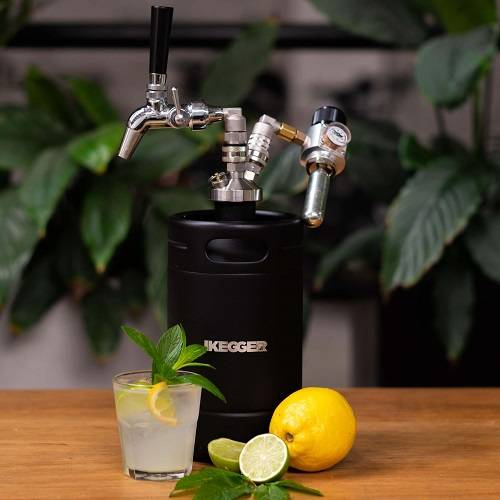 Sign up to our newsletter to hear about new products, giveaways, etc