Build Your Own Brew and Keg System

Need beer quick? Beer is many things, but instantaneously produced is not one of them. From the very beginning, all brewers are taught several hard and firm lessons. Cleanliness is next to godliness, temperature control is everything and patience is a brewer’s best friend. This last point can however, be stretched somewhat.

Most brewers adhere to the sound advice given by previous generations, who promote letting beer be, allowing it to develop its full potential. However, in today’s whirlwind world, things are slightly different. Sometimes, brewing can take too long and it’d be really useful to have a few tricks up your sleeve to ensure a quick turnaround homebrew.

If you find yourself in this conundrum, don’t despair, you’re not alone. In fact, time conscious homebrewers have come up with a number of tricks to allow them to brew a good beer in seven days flat. So, if you feel that time waits for no-one, read on and learn the art of speed brewing and how to create your own one week beer recipes.

Going Against The Grain 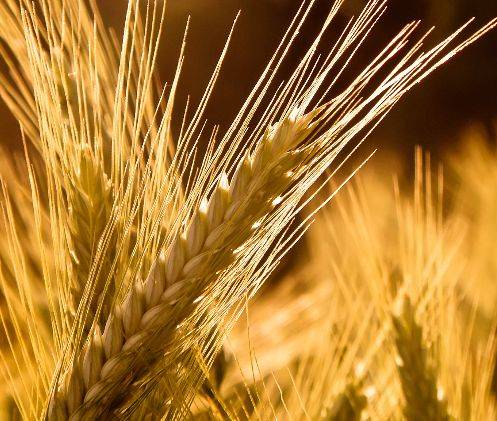 As mentioned, there are numerous hard and fast rules that homebrewers are advised to follow. However, many such rules refer to outdated techniques, used to get the most out of inferior ingredients and processes. Nowadays, even the beginner has access to high quality ingredients and equipment that can cut out the middleman.

Pilsner malt is a classic example. For many years it required a long boil time to keep off flavours at bay. Modern pilsner malt, on the other hand, has no such problems and great beers can be produced using a 100% pilsner malt grain bill boiled for just 20 minutes. Yeast is another ingredient that has become super powered in recent years, with choice strains plucked and separated to ensure consistent, quality brewing.

The speed brewing hobbyist is able to neglect centuries worth of brewing know-how, simply because their ingredients are of a higher quality. As such, quick turnaround homebrew is very much a thing in the modern era, with home brewers capable of brewing great beer in 7 days, sometimes 6. However, speed brewing requires careful preparation and consideration in order to work really well.

Not every type of beer is a suitable contender for a one-week beer recipe, and brewers are advised to select their styles with caution. When speed brewing, it’s inevitable that your beer may suffer off flavours. The key to successfully brewing beer in 7 days is to select a style that can cover up or benefit from particular off flavours.

In general, low alcohol, hop or malt forward beers are the best contenders. Anything from English Ordinary Bitters, to low ABV IPAs can work well, with the hop or malt profile covering any potential off flavours. Lower alcohol beers work best as they ferment quicker and present less opportunity for undesirable yeasty off flavours to take over.

The emphasis here is on session strength beers, with a strong flavour and aroma, or a flavour profile that works well with fruity esters, as is the case with English bitter. Wheat beers also benefit from estery yeast flavours and are another popular choice. Alternatively, try adding potent flavours to the hop stand or aroma hop addition in order to flavour your beer. Spruce tips work really well in a 3.5% abv pale ale and shine through long after the first week of serving!

On the other hand, beers that require long periods of maturation are not good for a quick turnaround homebrew. Lagers, for example, will showcase all the off flavours a young beer has to offer, while barley wines will be cloyingly sweet and harshly alcoholic until they fully mature. 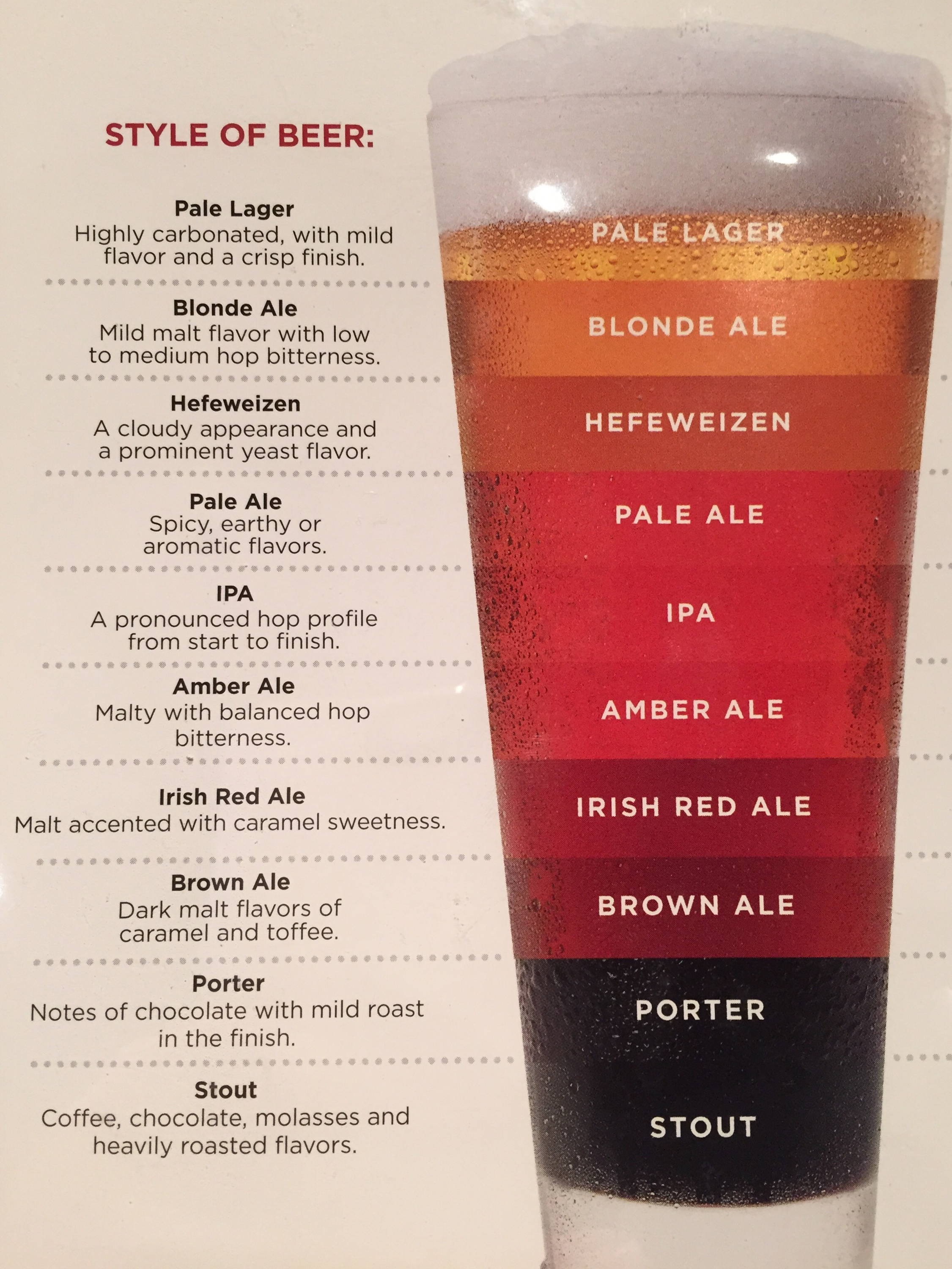 Speed Brewing: How It's Done

Speed brewing usually refers to one of two things. Either someone who wants to produce a brew as fast as possible, usually to consume within 1-2 weeks. Another use of the term is for someone who wants to shorten their brew day as they only have a short amount of time spare. We'll assume that if you are reading this you are interested in both of those. We'll give you a bunch of options from the super basic use of packages like the Coopers Brewart Beer Droid, using a Fresh Wort kit in a Fermentasaurus or the slightly more complex basic BIAB method.

This is by far the easiest way to produce a 10L batch of decent beer absolutely consistantly.

BrewArt (owned by Coopers) produced a 10L temperature controlled fermenter that does a bunch of clever things like sensing the start and end of fermentation and linking to an app on your mobile phone.

To use in combination with this they have a range of finely ground ingredients in premeasured sachets. To produce a beer you simply sanitise the fermenter, fill with water and empty in the correct sachets. Put on the lid and press start on the app. Start to finish brew day is around 5 minutes and the brew takes between 3-15 days depending on style.

A great thing about the brew Droid is that you can use it to cold crash the brew on completion to 2-3 deg centigrade for 24-48 hours to help clarification and then transfer to a keg where you can carbonate immediately due to the beer already being chilled.

Watch me keg from a Brew Droid on this video!

One step up from this on the difficulty scale is to buy a fresh wort kit from a local brewery (or online although delivery cost can be expensive due to the weight).

By using a pressure capable fermenter like the fermentasaurus you have one distinct advantage in that the CO2 produced during fermentation can be used to carbonate the brew as it ferments meaning this step doesn't have to be done after primary fermentation finishes.

You can in theory just chill and serve the beer directly from the fermenter by using it as a keg and attaching a tap and gas source to it to push the beer out.

This is a great option if you have a spare fridge large enough to fit the fermenter into!

Watch me do a brew start to finish using this below!

See More About The Fermentasaurus Here

Simplified Brew In A Bag

Need to get a beer brewed but you only have a couple of hours of spare time? The short and shoddy brew day is for you my friend. This style of brewing throws out the rule book and tramples all over the popular saying that brewing requires patience. A short and shoddy brew can be completed within 2 to 3 hours, including clean up and a post brew beer or 2.

Typically, the short and shoddy brewer will mash for only 20 to 30 minutes, using the brew in a bag (BIAB) method and batch sparging. They will then bring their wort to a boil, while dripping the last dregs from the bag into the kettle. The boil lasts only 20 minutes, during which time extra hops may be added to attain the desired levels of bitterness. In this way, hop forward beers are well suited to short and shoddy brews, as the extra hops add bitterness, but also a fair bit of aroma.

With the boil finished, the beer is quickly chilled, using either an immersion heater or a plate heat exchange, racked into the fermenter and the yeast pitched. Those with Norse roots may even give it a scream to help things along. 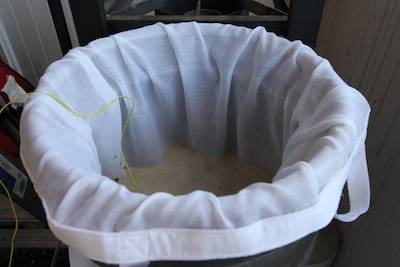 The Final Word On Speed Brewing

Speed brewing and the methods above enable you to push out good beer quickly. However, great beer really does require care and attention to process and the handling of ingredients. Brew to suit the beer and the occasion. If you need to knock up something simple and easy drinking for an impromptu party, speed brewing is a good idea. On the other hand, if you’re looking to pick up gold with your barley wine, take it slow and let it grow into the beer it deserves to be.